A range of children from Year 3-6 to take on a special project.  We needed children who were creative, problem solvers, artistic and logical thinkers. With these qualities in mind a team was created where every child brought their own style and skill to the project.

The challenge was designed to bring the potential applications of coding into the real world. The children had to consider ways they could make their local area a more sustainable place. Area’s in the locality such as schools, leisure centres, library, hospitals, etc. Encouraging the children to be as creative as possible and push their ideas to be more complex and inventive.

The children were split into groups and given the following resources to work with:

After much deliberation and discussion in their groups the children came up with a range of project ideas:

The projects and ideas developed and evolved throughout the session as the children worked collaboratively. The children constantly reflected on their process and recorded their thoughts in a presentation that they presented later through Microsoft PowerPoint.

The children had to take their coding further by combining circuits, this was a challenge that our children persevered and met through teamwork.

Here is an example of some of the coding used: 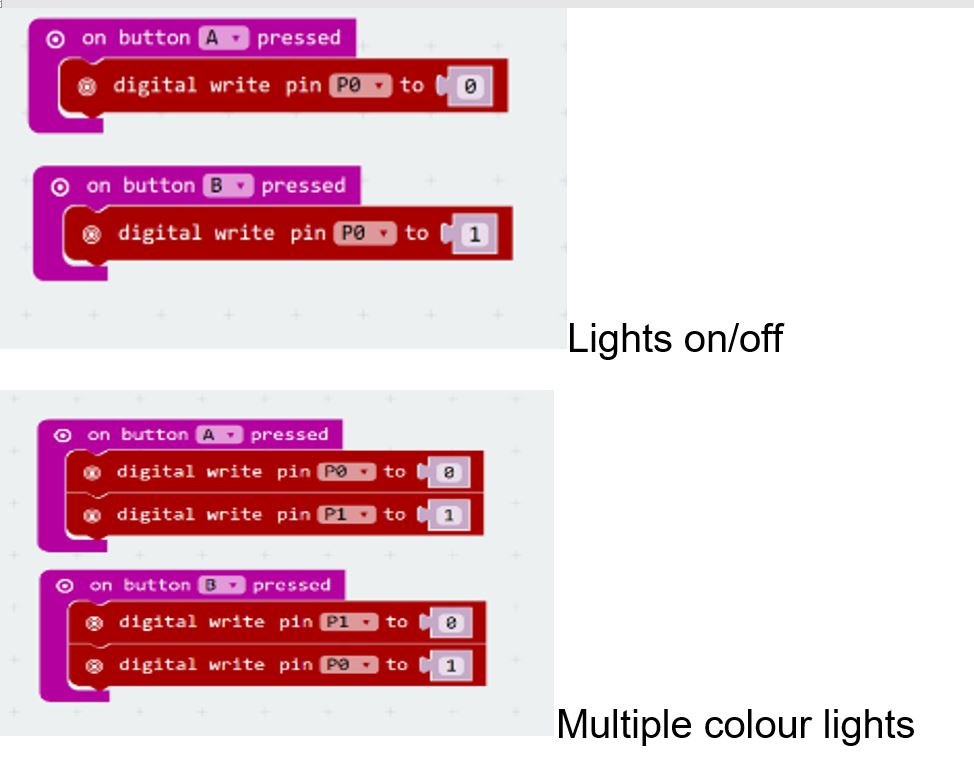 The children also had to consider how they would develop their projects further if they had the resources and time to do so, some considered creating a visor to display information, while another considered how they could record a wider range of data, such as noise pollution as well as air pollution.

The event was a fantastic day with our pupils coming home inspired to work for Microsoft when they are older or seek a career in computer science. 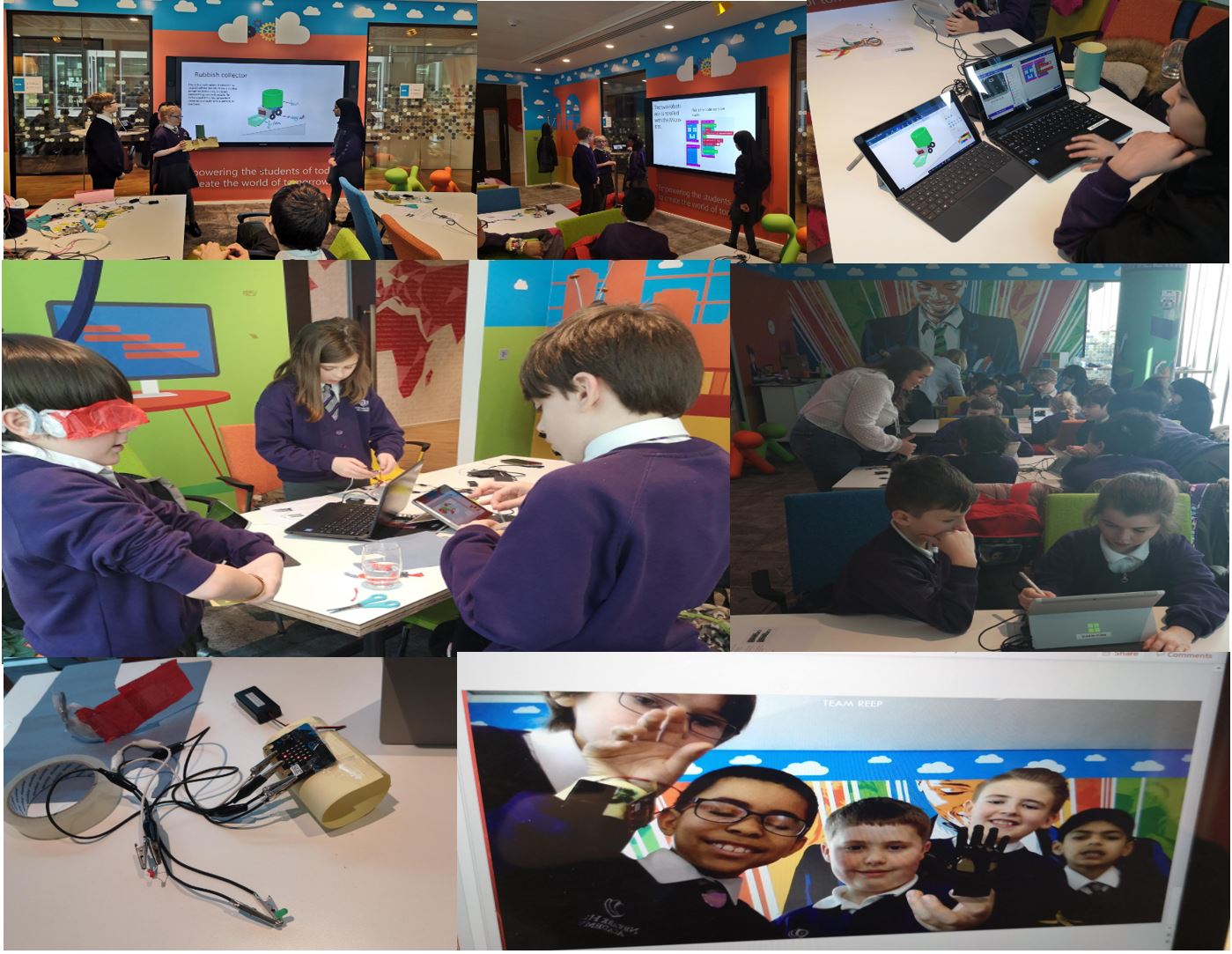 Hacking STEM has been in development at our academy this year.